Eileen Cassidy Rivera is the Vice President of Communications and Public Relations at Maximus. In this role, she creates and builds relationships with external stakeholders to shape the company’s awareness and reputation as a leading provider of government services to federal, state, and global governments. She is an award-winning corporate and government executive, public affairs strategist, and policy leader with proven experience advancing interests to promote and protect equitable healthcare and education access to improve the wellbeing of Americans and global citizens. Having served at every level of government – federal, state, and local – Ms. Rivera’s ability to analyze and process complex information quickly, zero in on strategic solutions, and creatively communicate to engage and persuade targeted audiences has benefited numerous organizations and causes throughout her career.

Before joining Maximus, Ms. Rivera was Director of Government Services at Cerner, now Oracle Cerner, a global Fortune 500 healthcare technology company. While there, she led communications, branding, and marketing strategies to promote Cerner’s work with the Departments of Veterans Affairs, Defense, and Homeland Security to improve the healthcare of service members, Veterans, caregivers, and their families. Her efforts ignited a national conversation about the need to reduce suicide among Veterans through a public engagement campaign focused on reducing the stigma of mental health and brain injuries that often prevent at-risk Veterans from seeking support before they are in crisis. Ms. Rivera has also served in executive leadership roles at other government contractors and healthcare technology companies, including Ciox, Harris (now L3Harris), Vangent (now GDIT), and EDS (now HP Enterprise).

In 2022 and 2020, Ms. Rivera was named by WashingtonExec as one of the Top 25 Communications and Marketing Executives to Watch. She has published numerous articles and columns that have appeared in various publications, including Washington Technology, Ragan’s PR Daily, Patient Safety and Quality Healthcare, Alexandria Gazette, and Alexandria Times. She contributed a chapter on Corporate Branding best practices to the new book Government Marketing Best Practices 2.0: What You Need to Know for Accelerated Success. Before her successful corporate career, Ms. Rivera served in the Clinton administration, leading international trade and export promotion programs at the Department of Commerce and the Small Business Administration. In the final year of the administration, she served as Director of Press and Public Affairs at the Peace Corps.

Active in her community, Ms. Rivera serves on numerous boards, including the Advisory Board of the Ron Brown Scholar Program. This program encourages civic engagement among young African Americans of outstanding promise while promoting academic excellence, community, and lifelong interactions through academic scholarships, service opportunities, and leadership experiences. Additionally, former Virginia governors Terry McAuliffe and Ralph Northam named Ms. Rivera to the Board of Visitors of Gunston Hall, the home of George Mason, who wrote Virginia’s first Constitution and the Virginia Declaration of Rights, the precursor to the U.S. Constitution. From 2006 – 2009, Ms. Rivera served on the school board for Alexandria (V.A.) City Public Schools. At the end of her term, she earned the accolade of “Education Advocate of the Year” for her efforts to close the achievement gap for minority and disabled students.

Ms. Rivera is a two-time graduate of American University, where she earned an MBA from the Kogod School of Business and a Bachelor of Arts from the School of International Service (SIS). She also studied at the Universidad Nacional Autónoma de México in Mexico City, Mexico. In 2006, she received an Executive Education Certificate from Harvard University’s Kennedy School of Government. 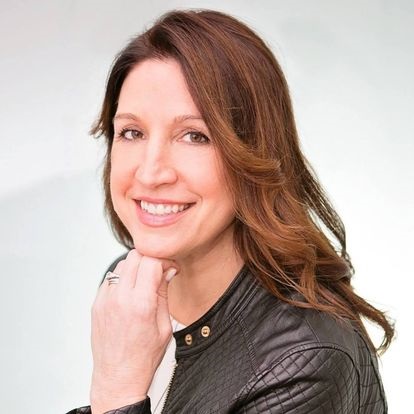