When Karl Andersen isn't tending to his ducks and horses or taking care of his 40-acre farm in upstate New York, he's working hard to protect Maximus' clients from looming threats of cyberattacks.

Before working at Maximus, Andersen was a sailor with the U.S. Navy and had studied philosophy at the University of Vermont. His naval career taught him how to operate nuclear reactors aboard submarine vessels. 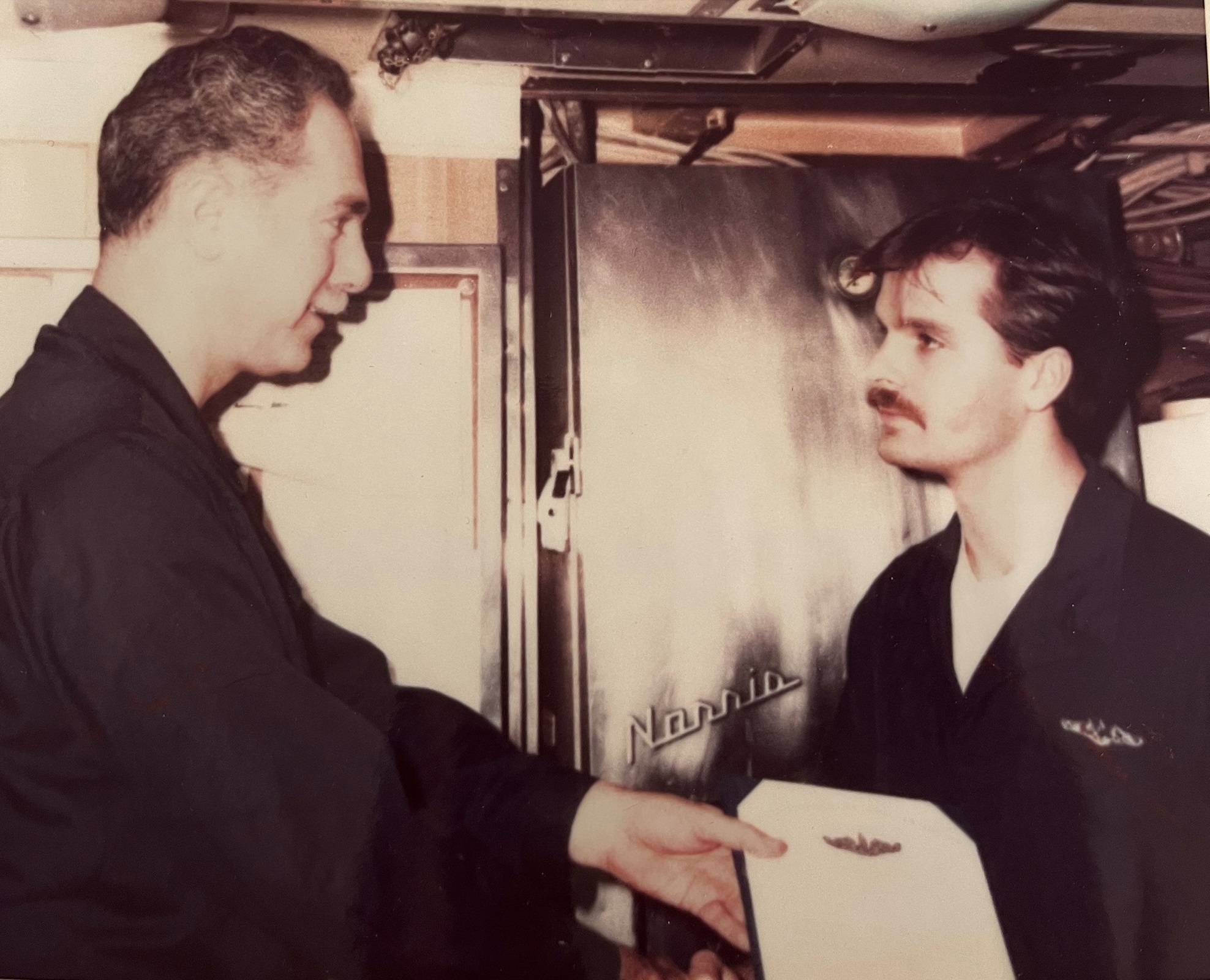 "I joined the Navy because, after all, what philosophy major can find a job?" Andersen joked. "Before operating the reactor, you had to be a technical engineer; you had to understand the instrumentation and how the reactor worked."

He trained and served as a battle stations nuclear reactor technician for nearly five years during the Cold War.

"I saw the hammer and sickle through a periscope in the North Atlantic, in Murmansk," he said.

He spent much of his time underwater in the submarine, but he also got to see parts of the Mediterranean and Bermuda.

"I came back tanned from trips to Bermuda, to the Bermuda Triangle, to shoot torpedoes," he recalled. "I remember my girlfriend at the time doubting that I've been out to sea because, after all, here I was claiming to be a submariner and coming back with a good tan."

After leaving the Navy, Andersen took on a new challenge: computer science. He worked as an engineer at Sun Microsystems from 1980 to 1983. Around that time, the Java programming language was in development there. In that job, Andersen combined his education from college and his time in the Navy.

"Some of the things I learned – like logic, symbolic, and mathematical logic – I learned in college before joining the Navy," he said. "I spent two years in the Navy learning electronics and radar systems and all kinds of things."

Andersen then took a job teaching at the forefront of this newly emerging field.

"I started teaching computer science in 1985," he said. "At that time, there were no classes for how to do that. There was no place you could go to school."

Though IT isn't quite nuclear science, Andersen emphasizes how vital this business function is to protect people's lives.

"The nuclear reactor was a responsibility. It's like being at Maximus and having everyone's healthcare and private information in your hands," he said. "If we do things wrong at Maximus, if we aren't careful enough, then real people can suffer. They can be denied benefits. They can have their privacy invaded."

His time in the Navy helped him better understand the responsibility and the role that procedural organization plays in completing one's mission.

Andersen believes that the key to veterans and civilians working together more effectively at Maximus and beyond is understanding veterans' respect for those processes and procedures.

"Recognize that rules matter. Recognize that most military people are rule followers," he said. "We chose the military because we knew there was a cause greater than ourselves, and we were willing to sacrifice for those causes."