Doug Howard has nearly 35 years of experience in human services and workforce programs in the public and private sectors.  Mr. Howard is a Senior Vice President in the Maximus U.S. Health and Human Services Division where he focuses on work-related programs and issues as well as broader health and human services issues.

Mr. Howard’s government career included serving as Director of the Michigan Family Independence Agency (state human services agency) from 1999 to 2002 with responsibility for a broad range of programs serving adults, children, and families and a budget in excess of $4 billion and a staff of over 13,000 employees. From 1993 to 1999, he served as the Administrator for the Division of Economic Assistance, Iowa Department of Human Services, where he led the implementation of major reforms to the welfare system.

Mr. Howard served in a variety of leadership roles with the American Public Human Services Association (APHSA) from 1999-2003 and served on the Michigan State Housing Development Authority Board and on the Michigan Governor’s Workforce Commission from 1999-2002. Mr. Howard spent 30 weeks in Washington, DC during 1995 and 1996, working with Congressional staff and other stakeholders on welfare reform, and has testified before Congress several times on a range of issues. Mr. Howard holds an M.B.A. from Drake University and a B.S. from Iowa State University and resides in Michigan.

COVID-19 has brought about big changes in government benefits programs, with many agencies leaning heavily on outside partners for the first time. Faced with new choices in managing how work gets done, and who’s best suited to do it, governments are reevaluating the ongoing role that private companies should play. Should they be viewed as essential partners (even after COVID-19 begins to subside), or should they simply be thought of as a stopgap during times of overwhelming public need? The answer is, it depends on what they bring to the table. Some will have the program and policy know-how to help government programs adapt and evolve. Others will not.

Closing gaps in government during a crisis

As we begin to move on from the “house is on fire” phase of the COVID-19 pandemic, states can more thoughtfully survey the situation to determine a longer-term course of action. Even in the best of times, health and human services agencies are frequently challenged by gaps in budget, talent, technology, and customer satisfaction. Now, short on manpower and money, many are reassessing their entire approach.

OPM opportunity: a game-changer for states

In the battle against COVID-19, state governments have been thrust into the national spotlight like never before. We’ve seen passionate leadership and measured, coordinated responses in the face of unprecedented uncertainty and resource shortages. Due to congressional mandates, private employers have been in line with the IPA’s merit principles for quite some time. As a result, the federal Office of Personnel Management (OPM) has given the green light for contractors to do a broader range of government work, as long as they meet the merit principles. That could make a crucial difference for state governments and the people they serve.

As the state administrator for Iowa’s welfare program in 1993 and as the Michigan human services director at the turn of the century, I oversaw efforts to shift the charter of the program from providing financial support to actively helping families achieve economic stability through employment. We believed a meaningful work program needed to recognize employers as customers and should mirror “real-world” expectations of personal responsibility and accountability. To achieve that vision, we coupled incentives to help people transition into work with requirements that people must be engaged in efforts to gain employment in order to receive benefits.

The Future of Welfare Reform - (part 5 in a series)

On August 22, 2016, I participated in a panel discussion at the U.S. Capitol on the 20thanniversary of welfare reform, entitled in part “Learning from the Past to Guide the Future.” Panel and audience comments reinforced that more is expected and can be done. We need to have a common framework to drive future reforms. At a very high level, I see four critical areas where agreement is needed to execute on the next generation of TANF.

20 Years Later, Did Transformation Occur? (part 4 in a series)

Doug Howard, a former state administrator who ran welfare programs in Iowa and Michigan, shares his insights in a series of blogs about the Personal Responsibility and Work Opportunity Reconciliation Act (PRWORA) and the transformation that started before 1996 and still continues.

Doug Howard, a former state administrator who ran welfare programs in Iowa and Michigan, shares his insights in a series of blogs about the transformation that started before PROWRA in 1996 and has continued over two decades.

Insights and Reflections from the Front Lines A Series of Blogs by Welfare Reform Veteran Doug Howard Part 2: Life Under Waivers – The Early 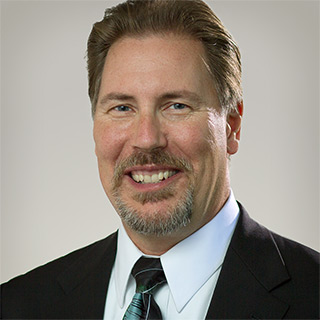