Xylan Ladista, a supervisor in the California Unemployment project, is bringing his experiences growing up in the Philippines to Maximus. As one of the leaders of the Asian American Pacific Islander (AAPI) employee resource group (ERG) at Maximus, he and a diverse group of members are sharing their cultures – from India to the Southeast Islands to Eastern Asia and other countries on the continent.

"Moving from the Philippines was a bit scary because I didn't know much about the U.S. except for what I've seen in the movies and TV," he recalled. "You know how everyone thinks California's like the beach, the sun, and all that stuff. But no, I got here during winter, and snow was all over the ground."

Born in Dipolog City, located in the Southern Mindanao region of the Philippines, Ladista moved to Northern California near Lake Tahoe when he was 12.

In the Philippines, Ladista's family was heavily involved in the provincial government, which led to dreams of working for the government and eventually running for political office. After moving to the U.S., he changed his aspirations to entrepreneurship – specifically, running a tech startup. 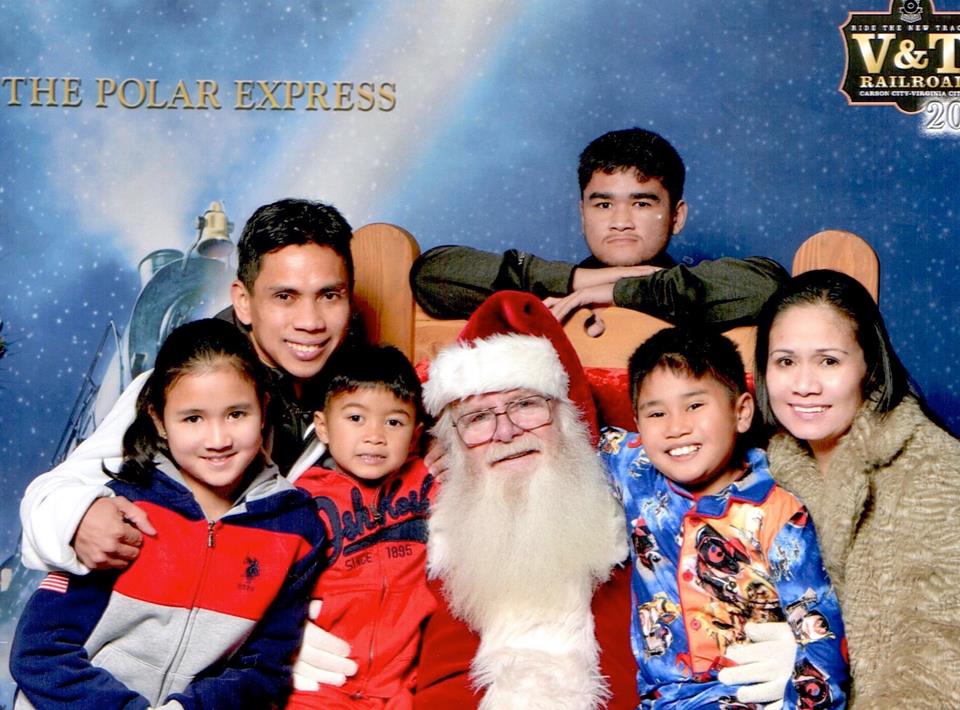 "They were really impressed with how I was able to demonstrate the system, and I was recommended by the trainers and the project leader for the opportunity to be a trainer," he said.

Ladista became a full-time Maximus employee in December 2021. About seven months later, he was promoted from trainer to quality assurance supervisor for the California Unemployment project in July. Now, Ladista and his team handle unemployment claim certifications, which allow claimants to continue receiving benefits, as well as employer protests and determination interviews.

"We never really know what our claimants are facing; this money could be used for food on the table, rent for the month, medication, and more," Ladista said. "Regardless of what it is, what we do is important because it makes a big difference for them."

He added that some solutions the program offers can be far-reaching.

"Without assistance, people can't get groceries, then the grocery store is losing out on revenue, which might result in them cutting back on employees and then another person is unemployed," he said. "It is a ripple effect, but with us, in the front lines, we are helping to support people we know, could be our neighbors, friends, or family."

As a supervisor, he holds morning meetings and daily huddles to encourage collaboration, connect on goals, and discuss ideas and progress. This experience translates well to his newest leadership position with Maximus' newly established AAPI ERG.

When Maximus started its Diversity, Equity, and Inclusion initiatives — including its ERG programs — Ladista was excited to join a group that celebrated his background and the other diverse cultures within the Asian and Pacific Islander community.

"I've never seen a company that is so focused on diversity in the workplace," he said. "All my previous employers didn't really have that push, that drive for diversity. So, I wanted to check out what the ERG all was about."

He was looking for strong, personal connections at work and was most excited about meeting with other people, networking, and trying to gain perspectives outside his own.

At the AAPI ERG's first meeting, Ladista said he was happy to support others in getting the group off the ground. But he saw a need for even more leadership to make the ERG the best it could be.

Since joining the AAPI ERG's leadership team, Ladista has collaborated with other leaders and the nearly 140 members of the group to set up events and host meetings.

Recently, the ERG held an event to honor military service members and veterans of Asian American, Native Hawaiian, and Pacific Islander heritage. There's even a chat group for members to share recipes and memes, creating a celebratory atmosphere during the regular workday.

Ladista said he noticed several benefits from these virtual gatherings.

"I've gotten more perspectives as a group member that we wouldn't have otherwise seen in just the chat," he said. "Members like to express themselves in front of an audience."

Ladista hopes to expand the ERG's offerings to AAPI community members and other employees at Maximus who want to learn more about different cultures.

"I'd like to see more fundraising," he said. "In our last meeting, we discussed possible plans for groups that we would like to support. But ultimately, we want more involvement, excitement, and more people to join the ERG within the next couple of years to get more ideas and collaboration."